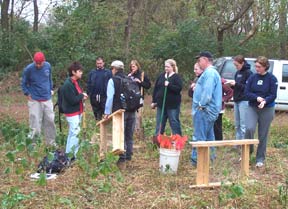 Over two days in October a group of ASM members, along with Charlie Hall, Joe Dent and an assortment of students from one of Joe's classes at American University, trekked back out to the McKee-Beshers Conservation Area to conduct further testing of the fields surrounding the vicinity of the Winslow site. The goal was to survey the fields using shovel pit testing techniques. this is an ongoing project that was begun in spring 2003. The primary reason for the survey is to try to confirm reports of another prehistoric site that was reported many years ago. Since the report, all records of the actual location have been unconfirmed. Our job, find the site (or at least eliminate areas from consideration of further searches for the site. 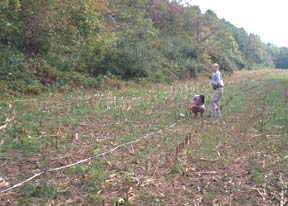 On both days, the work began with an effort to lay our test sites on a 20 meter grid in each of the fields tested. After considerable consideration, a starting point was set in the corner of each field and tapes were used to mark the test pit locations. Charlie Hall provided complete instructions for us so that when we were done, a perfect grid was established (or a new subdivision was prepared for construction, we're still not sure which is the case.) Flags were placed at each of the location we were to test and soon digging began in earnest. 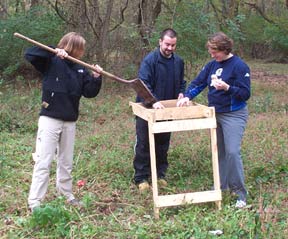 The typical shovel test pit is about 40 centimeters in diameter and about the same dimension in depth. In this survey we were digging down to the bottom of the first plow zone, typically about 35 - 40 cm. Teams of 3 people were formed for each test pit, usually leaving one person to dig, one to shake the screen and one to break up the soil and push it through the screen. Each test pit would take about 15 to 20 minutes depending on what was found and how deep we had to dig. Some of the pits got as deep as 60 centimeters before the soil color change was observed. 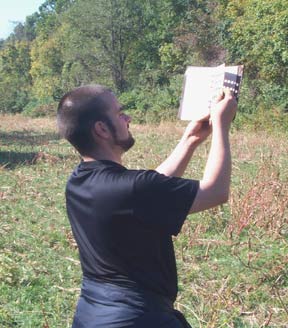 One of many debates that took place over the session was how to properly make a Muncell soil color measurement. The consensus is that the best way to make the comparison is to stand with the sun over one shoulder and make the reading in full sunlight. Of course that is not always possible. Later i the second day, overcast and threat of rain (who ever would have thought it) made this technique impossible. Charlie noted that this is a really good reason to make field notes about the weather on a regular basis. The samples taken earlier in the day will probably have different readings from those taken after the cloud cover moved. 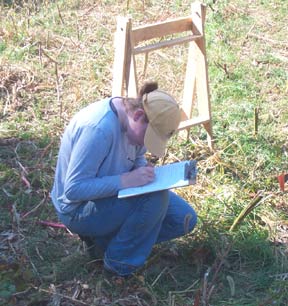 This field work was an ideal opportunity to give some of the students a taste of what it's like to be "in charge." On the second day, Charlie and Joe gave up the reigns of power and put a student in charge of running the whole shebang. It was quickly apparent that this was not necessarily a "plum" job to have. Dealing with those cantankerous field hands can be quite a job for anyone. 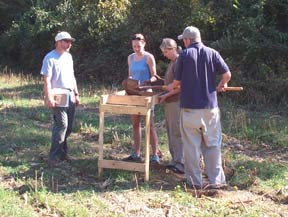 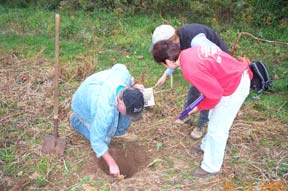 Overall, this was an excellent experience for all involved. Joe's students, and CAT candidates, got some valuable experience in field site survey and Charlie got fields surveyed that might not have been done.