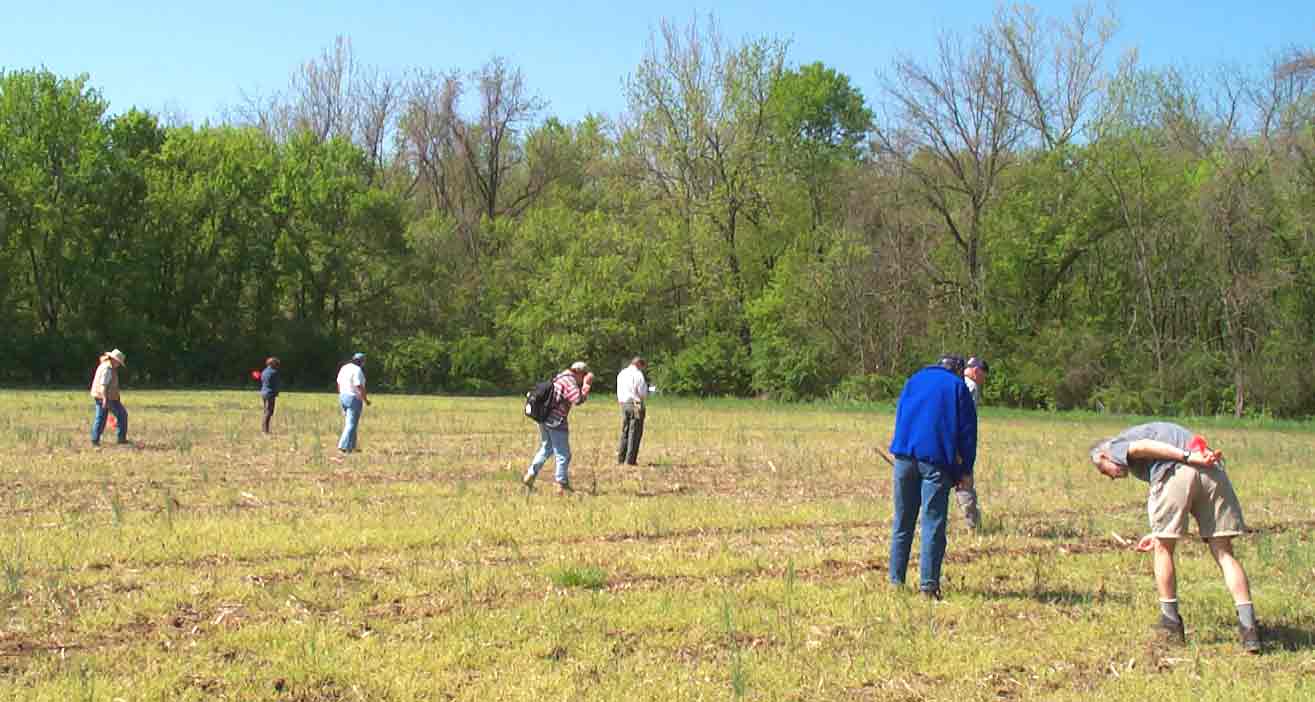 On April 27 a group of intrepid ASM members, accompanied by Dr. Charlie Hall and Dr. Joe Dent, began a site survey on McKee-Beshers property near the Winslow site. The goal of the survey was to determine the validity of reports that a prehistoric site was located in the area.

A secondary goal of the day was for the team members to learn the intricacies of performing a field survey and how to use shovel test pits as a survey technique. First a surface search was conducted on a field to the west of the Winslow site. Very little was found to corroborate reports that material had been found in the area. Next the team moved to the next field to the north. Unfortunately what little surface left above the water level was covered with dense vegetation. That field was left for another day. 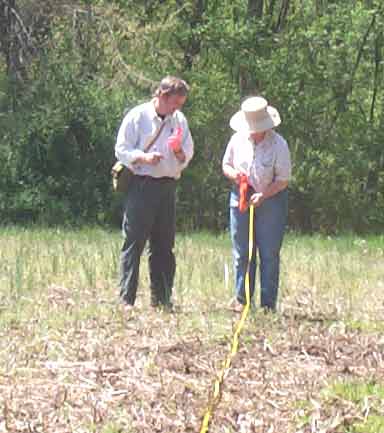 Resigning themselves to further exploration of only the first field, the first order of business was to lay out a grid with 20 meter intervals. This would determine the points used for the shovel test pits. Using tape measures and a compass, the grid was quickly laid out with 22 intersection points and the business of digging began in earnest. 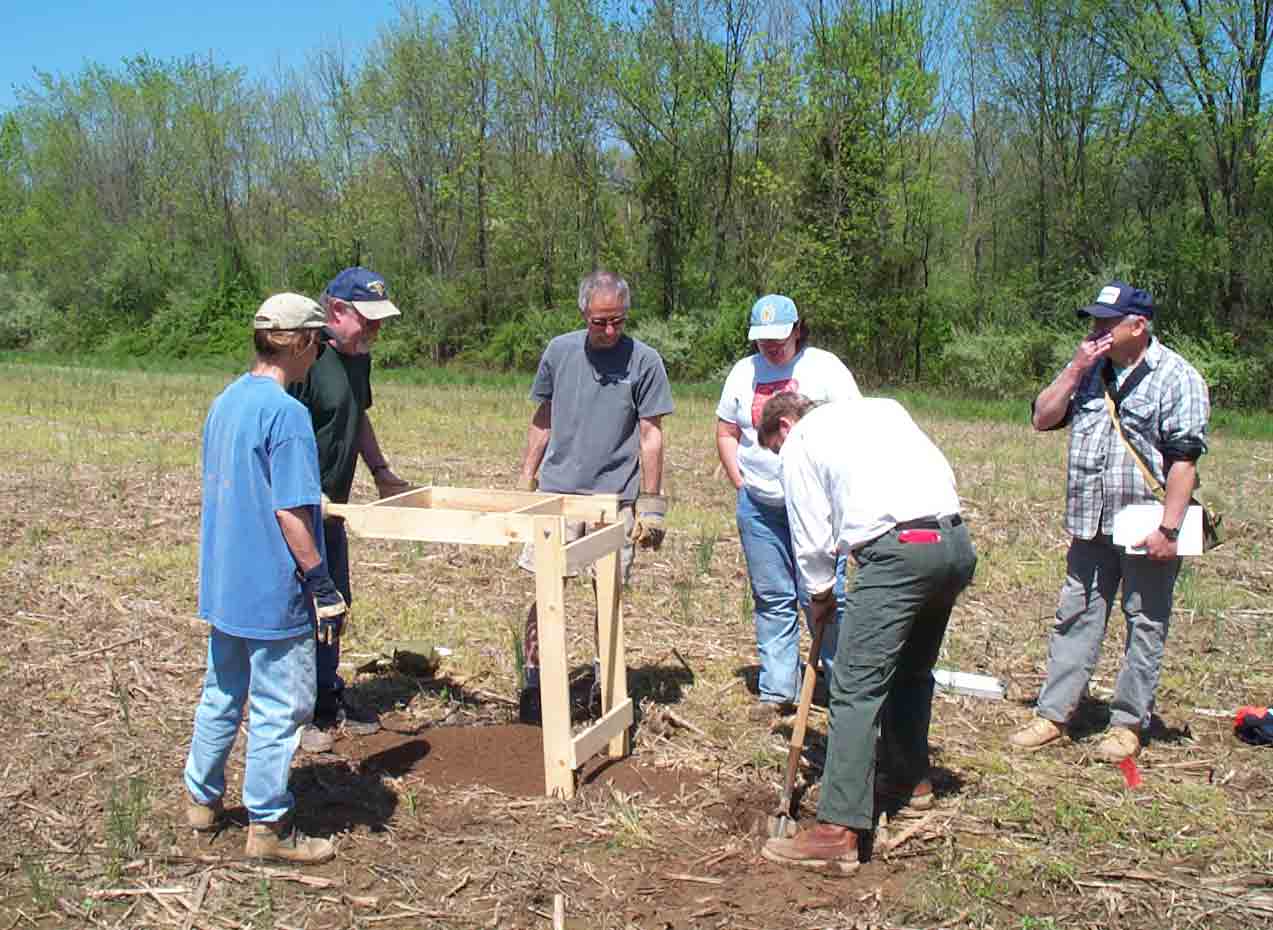 The survey crew got detailed instructions from Charlie and Joe about specific requirements for both excavating the test pit and documentation of the results. Once they learned the basics, it was "off to find a new site", or so they thought anyway. The reality of digging test pits seems to be that most of them turn out to be empty.

Artifacts from the field surface collection and the test pits were far and few between. Several quartz and quartzite flakes were discovered along with some fire-cracked rock and one quartz point. However, the day was not wasted by any means. Valuable survey information was imparted to our members, the initial stages of the survey were completed, and a lesson on why "four-wheel-drive" does not mean "you can go anywhere" was learned quite thoroughly!